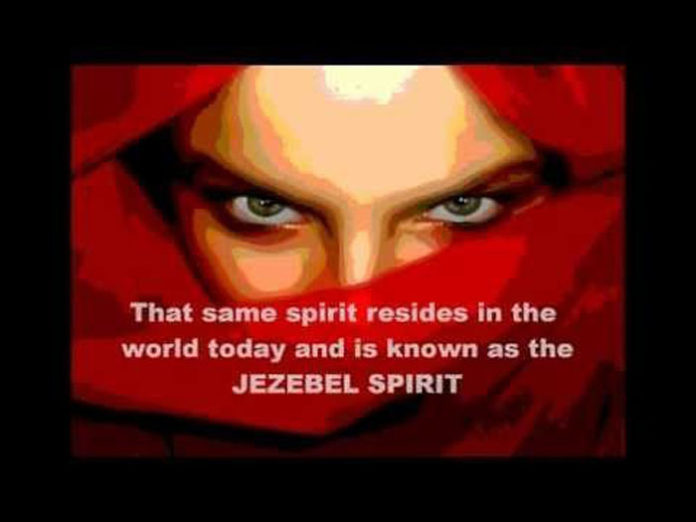 What are the Characteristics of the #Jezebel Spirit? There can be no doubt that the Christian warfare or #Spiritual Warfare has significantly increase in the last century as #Satan has released some of the most dangerous spirits to destroy the #church. There can be question that of all Satan hierarchy of Spirits, the most dangerous spirit operating in the church today is that of #Jezebel Spirit. The Spirit of Jezebel is a very cunning and seductive spirit.

This high level evil spirit has been responsible for tearing down many churches, pastors, people with prophetic ministries, and other ministries. Not only that, Jezebel Spirit has also been responsible for breaking up many marriages, friendships, companies, along with getting many people to commit cold-blooded murders and suicides.

But what are the different ways in which this Jezebel Spirit operates? How can we identify the Spirit of Jezebel?

Identifying The Spirit of Jezebel

Refuses to admit guilt or wrong

A person with a Jezebel spirit is will never admits wrong, unless it is a temporary admittance of guilt to gain “favour” with someone. To accept responsibility would violate the core of insecurity and pride from which it operates. When a Jezebel apologizes it is never in true repentance or acknowledgment of wrongdoing but rather “I’m sorry your feelings were hurt.”

Takes credit for everything

While a strong trait of Jezebel is to never take responsibility for his wrong actions or behaviour, he also is quick to take credit for benefits for which he contributed no effort.

Uses people to accomplish its agenda

The Spirit of Jezebel lets others do its dirty work. The Jezebel gets another person’s emotions stirred up, then lets that person go into a rage. The Jezebel sits back looking innocent, saying “Who me? What did I do?” This behaviour makes it difficult for even the most ardent truth seekers to pin one down. The Jezebel spirit is clever in its agenda.

Withholding information is one of the way a person operating under the influence of the Jezebel Spirit holds and maintain.  Remember the Jezebel spirit is a form of witchcraft. Witchcraft spirits loves to control other people. A Jezebel wields power over you by knowing something you don’t know in a situation. In the eyes of a Jezebel, having information you don’t have is a powerful weapon of control.

Jezebel is threaten by Prophetic #Ministry

A person with a Jezebel spirit will do everything in its power to destroy a person with a prophetic ministry or gift. Reason being is that someone with a prophetic gift or ministry will be able to identify Jezebel Spirit and will attack it. Remember Jezebel in the Bible tried to destroy all the  true prophets of #God and even tried to kill Elijah.

A person with a Jezebel spirit wants control and will do anything, even removing others to have control

A Jezebel loves to volunteer, especially for projects were he/she will be seen and can have some level of control. Although he will work hard, his motive is never pure, and eventually his secret agenda cannot be hidden.

A person with a Jezebel Spirit will lie, even when they don’t have to and are hard to detect. No one can lie better than a Jezebel. He can make you believe whatever he/she wants you to as he/she does this through manipulation. The fact that Jezebel can look you in the eye and lie just shows how strong and adamant this rebellious and recalcitrant spirit is.

A classic ploy of a controller is to ignore you when you disagree with him. This tactic is frequently used by leaders when someone doesn’t agree with their plans, and they isolate the person by ignoring him. Some in these situations have been ignored for months, just because they chose not to be a puppet and say to every idea or whim. This puts the person out of the leader’s grace and forces him to either “come around” to the leader’s way of thinking or be indefinitely ignored. One is not free to disagree with a controller.

A person with the Spirit of Jezebel will rarely give credit to someone or acknowledge another person’s actions, not even for something that turned out to greatly benefit the Jezebel. He just cannot bring himself to say thank you or to acknowledge that someone else did something right. There are those who have gone out of their way to bless a Jezebel by being the catalyst of sending him on a trip or giving a gift. Yet never will there be a thank you. This again puts the controller in a position of power. If Jezebel does, it is always to accomplish an end-game, but never from a pure #heart.

This is a characteristic of a controller. He has to be the one who looks good, so he will quickly sharply criticize anyone who makes a suggestion or plan. Even though he likes the plan, he can only criticize it because the idea did not originate from him. Criticizing others elevates the controller in his own mind.

A person with a Jezebel spirit will always upstage another person. Jezebel feels threatened by anyone who dares to steal the limelight or anyone who is a threat to his power and control. If you are with such a person and tell of your accomplishment or victory, you can be assured he will quickly tell of something he has accomplished.

When a controller is confronted, he commonly spiritualizes the situation, explaining it off on God. This prevents him from owning up to responsibility required of him. The implication is always, “You’ve got a problem; I don’t.”

A Jezebel never takes the side of the employer or a person in authority, unless it is a temporary action to make himself look good. He often will take credit for someone else’s idea. His main desire is for power and control. There is no conscience when an opportunity for recognition presents itself.

Is pushy and domineering

A person with a Jezebel spirit pressures you to do things, seemingly ripping from you your right to choose or make a decision for yourself. He makes others feel as though they don’t have enough sense to think for themselves.

Uses the element of surprise

A Jezebel’s main thrust is to be in control, and a large part of control is catching you off guard. Therefore, the element of surprise works well when he shows up a day early for a meeting, etc.

A Jezebel will continually belittle another person in the most subtle way. The strategy is to “gain” control by minimizing the value of another person. It is common for him to tell half-truths to implicate another person in your eyes. By sowing these seeds, he hopes to eventually reap a harvest of destruction, improving his position of power.

A Jezebel likes to be the centre of attention and doesn’t like to see others recognized and lauded. When someone else is recognized, he will quickly undermine the person’s accomplishments verbally.

Since a Jezebel is never wrong, if you contradict or confront one, get ready to become his worst enemy. As long as you are in agreement with him, all is fine. But if you confront or challenge him, then look out. You are the target of his fiercest venom. A Jezebel will stop at nothing to destroy your reputation.

Attempts to make you look like you’re the Jezebel

A Jezebel will often imply disapproval to those under his or her control. The controlled person feels no freedom to express an opinion, for fear of disapproval. This often manifests in a #marriage or in a working environment.

A Jezebel is usually blatant regarding his knowledge of everything. Quick to express his opinion in any area, he leaves little room for anyone to point out the other side of an issue. He has made idols of his opinions.

The Jezebel has strong desire, but all for self. “I want what I want when I want it,” describes his worship of self-will. A Jezebel leader will never use the words, “We have a vision,” but rather, “My vision is thus and so.”

A person with the spirit of Jezebel loves to give gifts; this again is a form of control as the Jezebel uses gifts to make you feel obligated to him. It also compromises the victim in speaking against him or her or to confront truth about that person. I am not saying that everyone who gives gifts are Jezebel or does this to control others, but gift giving is a tactic used by those who have a need to control.

No one has input in a Jezebel’s life. He fraternizes with no one unless it is to get you to “cooperate” with his agenda.

A Jezebel dwells in the local church but doesn’t like authority unless he is in the position of authority. He or she will behave like they are holy or a Christian, but they are not.

We all want to believe that the person with a Jezebel spirit is delivered. The person may seem “normal” for a period, exhibiting none of the classic traits. Then suddenly without warning a situation will arise, once again with the spirit taking control and wreaking havoc over lives. Hopefully, true repentance will come. Only then will the person be delivered.

I hope this list will help you to identify or know the different characteristics of Jezebel Spirit  and be able to attack it. Please leave a comment and tell us what you think about this article and if you have notice any of these traits in anyone. Be sure to share this article with your friends on Social Media so they too can arm themselves with knowledge of Jezebel Spirit as it is very much alive in society and the church today.

Another name for this is narcisism, which has become rampant in today's culture.