The road to SCOTUS is not an easy one 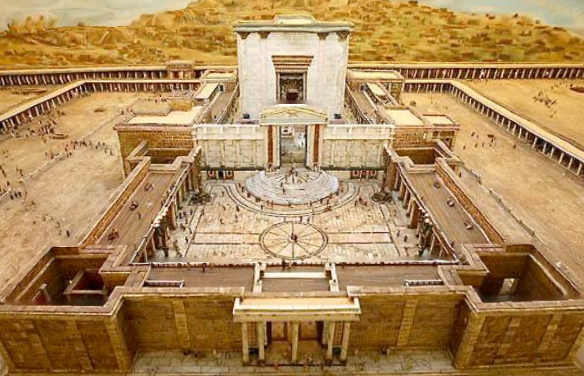 The road to SCOTUS is not an easy one. It will take a coordinated effort between each of the major legal actions, include Lin Wood and Sidney Powell’s.

The real trick, and best result is to have success in the federal appellate courts, which would be appealed by the Biden camp. It’s better to hit SCOTUS with the latest lower court ruling in your favor. It’s not necessary, but it’s better.

Now, appellate court victories will ease this necessity up a bit. However, the final play, and the one that everybody has been game planning is to get the cases into and through the appellate courts in the right order, and close enough together, so that the SCOTUS requirement that accepting a case must have the margin of victory available to change the election in that state.

Likewise, multiple cases hitting at the same time from different states, all edging the same thing, is meant to open the door to a second premise behind margin of victory – that the fraud was both widespread and coordinated to the point that the entire election can be constitutionally changed.

The second play is the hit SCOTUS with at least one lower court victory. That means that, at long last, a court finally allowed actual evidence to be heard.

By the way – show of hands:

How many of you knew that none of the state courts have as of yet actually heard any of the evidence that MSM claims does not exist?

How many of you know that it’s not because the Trump team hasn’t been ready and willing?

How many of you know that it’s because the lower courts have not allowed it?

Amazing how MSM had omitted that little gem. However, the Trump team could do a better job communicating this as well.

That’s getting ready to change.

First up is Pennsylvania, Georgia and Nevada. While each is in a slightly different point of the evidentiary process due to the particular cases being litigated, they will be the first that can actually let the evidence hit the light of day.

Regardless of the evidentiary outcomes, these cases are headed for SCOTUS, by either the Trump or Biden team. It’s just a matter or whether or not they get accepted. A Trump victory in Nevada very nearly assured a hearing by the full SCOTUS, given that Biden would appeal, and that initial filing goes through Justice Kagen.

Heading into SCOTUS with a lower court victory on the heels of several other cases that have very clear constitutional violations – and enough collective votes to overturn the election make it a tough sell for SCOTUS not to accept the additional cases.

The other “best” option is for the largest constitutional case with the largest vote total in dispute to come before SCOTUS first. Off the top of my head I believe that is still Pennsylvania, though that’s just going from memory. If Pennsylvania has enough votes in play, and SCOTUS has several other cases pending for consideration to accept, it may just open the door to all of them.

What we must remember is that ultimately, the sole determining factor in the outcome of this election is whether or not the Lord is ready for the prophetic preparation to occur that each man would lend themselves to. Certainly, the Lord can move any one of us to do things completely against our nature. However, the biblical pattern is to use men as they are to achieve His purposes.

Whoever emerges victorious will enter the Oval Office and serve the single most prophetic term of service of any head of state since 70AD.

That’s saying something given Trueman in 1948, and Trump’s first term which currently holds the distinction of being the most prophetic since 70AD.

One thing that needs to be kept in mind – not all prophetic fulfillment will be visible to the general public. Indeed, the Book of Daniel makes it clear that there will be a lot of fraud and deception occurring behind the scenes with regards to Israel.

Mainly, that it no longer matters who is in the White House. It’s no longer about us as a nation. It’s now about Israel alone, and the prophetic preparation for the soon return of the Lord and the advent of the tribulation.

Literally, every time I see or hear something regarding either Biden or Trump, and something that has clear prophetic potential, it’s as if the Lord shows me a path for that particular candidate to be the next President.

Then I will see the same thing for the other candidate, and the Lord will show me the prophetic path forward for him.

That said, here are the two general statements I now know I can make:

If more time and support is needed for Israel and the Abraham Accords to move forward and become further cemented, then it will be President Trump in the White House again. Here’s the kicker with that possibility – that additional time of preparation can come now as a course of what is already in motion…

Or it can come at a later date after the next scenario occurs.

If it is now time for the behind the scenes dealings to begin with the person who will ultimately become the Antichrist, then Biden will be victorious. Bear in mind that this does not mean that everything is ready to go at the end of a Biden term. Rather, it may mean that a very public warming up to Iran, Turkey, Syria and Libya – especially Iran, will force the hands of the Accord members, and prepare the way for a second round of the Trump Doctrine, which will undoubtedly include a heavy emphasis on arms sales.

Most notably the F35, and not just to UAE.

Frankly, every time I think I see one of these scenarios taking the lead, the Lord let’s the others come roaring back into first place. All of that ultimately leads me to the same place:

There is nothing that can stop any of this. As a nation we were the last brick to fall. Our time is up. At best, we get one more round of sanity and the Lord restores President Trump. At worst, the President has fulfilled his prophetic purpose, and set the nations of the Accords on the path to genuine economic interdependence, and security reliance on each other – which is crucial to the rise of the king of the East spoken of in Daniel chapter 11.

Perhaps we will get the middle ground scenario where we get Biden for the next four, followed by a return to Trump for what can best be described as a final four, if it plays out that way.

To be clear, I am NOT date setting. Rather, I am speaking to the times and seasons we are in, and the very strong sense that things will move very fast now prophetically. We are no longer in the days of the signs before the signs.

We are in the actual days where the actual pieces are now being moved into place. Remember, the Book of Revelation details many things that happen very quickly after verse 4:1. These are things which already have their core elements in place prior to the sounding of the last trump.

Ironically, unlike 2016, I’m actually permitted to get actively involved in the election process – beyond just voting that is. To say it’s been interesting is an understatement.

At any rate, we shall know soon enough what the next piece of the puzzle is.

Keep your eyes on Obama. He is FAR from out of the picture.

In the name of our most blessed Lord and Savior, Jesus Christ.