Things in this World are about to get Really Crazy

Things in this World are about to get Really Crazy! 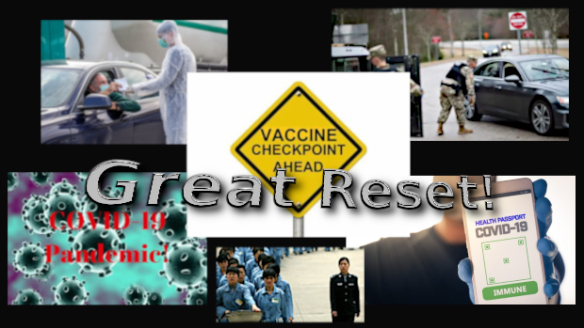 Things in this world are about to get really crazy!  As the world is plunged into darkness everything is being turned upside down, inside out, and being setup for the Great Re-set!

We already see the world in crisis, as the Chinese Coronavirus has effected every corner of the globe, something that we haven’t seen since the Tower of Babel!  The world is at odds with God and the things of God.

Big tech has been growing larger and larger, seeing themselves as too big to fail, while the Left imposes stricter measures upon the people why they themselves are not under the same restrictions.  A bit of hypocrisy going on, or perhaps a totalitarian power grab?

The coronavirus has and is being used as a tool, a tool to usher in a new world order.  It shouldn’t be any surprise to those that read and study bible prophecy, for these things will come to pass!  Yet, to see it happening with such great speed and force upon us is another thing altogether.

Just what changes might we see happening in the near future?  Well, we already see people being quarantined in place, but now we hear talk of “quarantine camps” or “detention centers” around the world such as China, Germany and in New York, for people that may be contaminated with the virus or a threat of spreading it.  So we can see how “fear” plays a major role in draconian measures taken against us regarding the virus.  And if this begins in one place in the world then it’s only a matter of time before it spreads throughout the world! 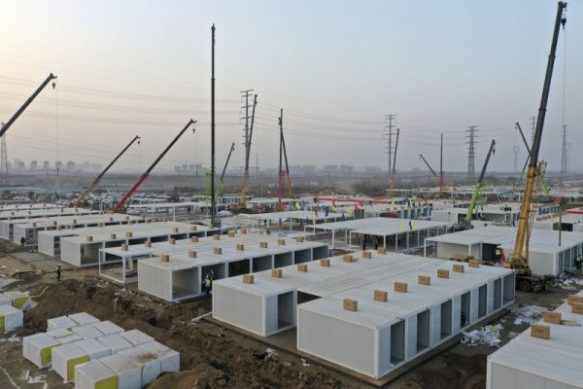 I’ve spoken in the recent past about “Covid-19 Checkpoints”, that I believed at some point in time there will be road checkpoints stopping people and checking their records, papers, or apps to verify that they have been inoculated with the Covid vaccine.  Well, say it isn’t so!  There have been numerous Covid-19 checkpoints popping up all around the country, checking to see if people have been vaccinated, if not then they are not allowed to pass or enter a specific region, it’s happening folks, right before our very eyes!  This is only the beginning, it’s going to get much worse I believe. 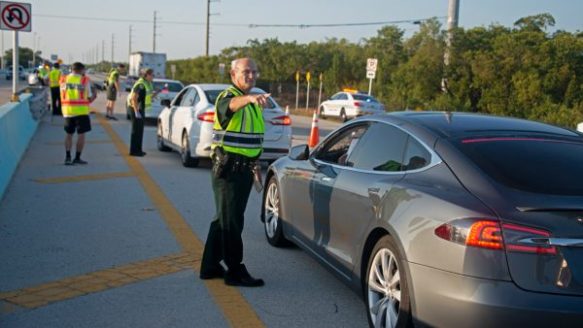 Checkpoints for the coronavirus is not isolated to one specific area or region of the world, no, it’s happening worldwide! Sure, it’s been happening for many, many months now, however now it’s going to be to check for vaccinations as well, and perhaps even for quarantining people in detention camps? Everything begins in small increments, then it grows into bigger things, this is how it works.

Papers please! This is what’s coming and it’s right around the corner, the need for all people to have a vaccination record at the ready in order to travel, shop, dine, or visit the doctor, etc. We already see apps for phones that have the ability to record our vaccinations and other health information, it’s yet another means to track people! 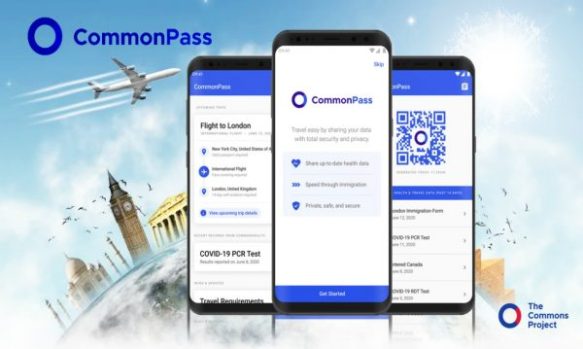 Censoring of conservative voices is not only on the horizon but has already begun and it’s not over!  There is a big push by the Left to censor those that have an opposing view, opinion or even thought.  They (the Left) already control the MSM and social media, not to mention Big Tech, but they won’t stop until they have complete control!  They don’t want free speech, not unless it agrees with them.

There is also talk among the Left to re-educate those on the Right, those that have supported President Trump, and even more specifically those that are Christians.  This my friends is a purge, somehow getting rid of those that oppose them, think it’s far-fetched, well think again!  It’s already happened in the past, when totalitarian leaders purged their societies of people with opposing mindsets, and it’s still happening today in places like China and North Korea.

Democrats and the ‘Reeducation’ of the American People

The Left Launches Massive Purge of Conservatives All Across

Society Democrats take war on Christians to the next level

Where is this all leading to?  Why all of the supposed FEMA camps in the nation?  Is it that far-fetched to believe that they could be used as “re-education” camps?  I don’t know, but I wouldn’t just discard it as conspiracy theory, it’s happened before and it’s still happening in the world!

The Left has a mission, an agenda, and just because Joe Biden has been sworn in as POTUS does not mean that they are finished fighting or that they are no longer angry, of course they are and they still will continue to fight as long as there are people in this nation that oppose them and have a voice!

It’s about control my friends, control of and by the Elite, and the Elite are now in power!  Their plan is total control, not only here in America but the entire world!  This is the beginning of a new era, a time when the Left will institute their plans via a world crisis, via the Great Reset!

The Left will use a “crisis” at all costs and with no end in sight.  If you believe that the coronavirus pandemic is close to being over then I suggest that you think again!  They will use it until it’s bludgeoned to death.  They will use it until they believe that they have total control of the masses, until their plan has been pushed far enough along that it cannot be changed or altered by those opposing it.

The Covid-19 vaccine is another story altogether, yet it is part and parcel to their plan.  I truly believe that it is being used as a tool to control the masses, to depopulate the earth, and just perhaps as a way for mass sterilization.  I for one do not believe that it will stop the virus (a virus that has been blown way out of proportion), nor do I believe that it will keep us safe from anything, in fact I believe that just the opposite is true!  I believe that it just may make us much more vulnerable to not only the coronavirus but to other viruses, illnesses, and injuries as well.  And I don’t know if it’s true or not, but it just may alter our very DNA.  Who knows for sure?  But I do know that once you inject yourself with it there is no return, what’s done is done, once it goes in your body you cannot retrieve it!  The FDA themselves have stated in black and white what some of the adverse side effects may be.  I copied the following chart directly from the FDA’s website (just in case they ever decide to remove it):

This is the link that I found to get there:

Keep in mind that this is only a “Draft working list”, meaning that there could be even more adverse side effects then those listed!  Did you notice that one side effect is death!  And another is pregnancy and birth outcomes!

How many people even know about this?  Not many I presume, yet they are so willing to just take the vaccine because they are told to do so, told that it is for their own good, and they go along with it without even doing any research first!

And this is where we now stand in the world, being told what to do, what is good for us, what we need to do, and how we are to be doing it!  Nothing about our own choice, about us making our own decisions, or what we ourselves deem what may be best for our own families.  And with the Left it’s not about us making our own decisions but about the government making them for us, all of them!

If you speak out against what is really going on then you are to be silenced, shunned, and perhaps even detained!  I’m already beginning to see people taking that attitude towards me for not getting the Covid-19 vaccine, as if I am a leper, as if I don’t care what happens to anyone else, when nothing could be further from the truth!

The Left believes that they are winning the war, that what they are doing is weakening and degrading those on the Right, especially Christians.  But, I believe that they are in grave error, that what they have actually done is strengthen the resolve of conservatives and believers, at least a significant portion of us.  What they have done and are in the process of doing has shown us just who we really are, what we stand for, and strengthened our faith in God!  This is a time of testing, the testing of our faith, the weeding out of those that are faithful to God and those that only say they are, and God is taking notice!  He is watching us and seeing how we act, how we will respond, and seeing if we really trust Him or not.  Will we compromise or stand true to His word?  Will we seek answers from the world or from God?  Do we bow down to government or to God?

The year 2020 was bad for most of us, and I am glad that it’s over with, however, I believe that the year 2021 will be much worse!  Hang on to your hats folks and buckle your seat belts, we’re in for a wild ride!

And whatever happens this year or the next we must remember that God’s plan is falling into place, that He is always in control.  This is all bible prophecy coming to pass, and the more of these things that we see happening the closer we get to the coming of our King to come and take us home!  Amen.