Are US-run biological labs in Ukraine one of the reasons behind Russia invasion? Read how Russian govt had raised ‘bioweapons’ alarm

As Russia has started attacking military installations in Ukraine, there are speculations that the United State’s Biolabs that have been established in Ukraine in the name of research and defence are also among the targets. The US has several such labs in Ukraine under its “Biological Threat Reduction Program”.

Social media has been abuzz with discussions on how the Russian government, in addition to objecting to NATO’s expansion in the region, has been highlighting their concerns, accusing the USA of running bioweapon labs near their border. A Twitter handle named @WarClandenstine claimed that it may be a possibility that Russia is targeting the Biolabs. Nothing has been confirmed yet.

1) HOLY SHIT! I think I may be onto something about #Ukraine.

Zelensky said the Russians are firing at “military installations”. How broad is that term?

I am seeing speculation that could include US installed biolabs.

Then I started digging. pic.twitter.com/tm72HFAXNK

There is a lot of discussion on social media regarding the alleged bioweapons labs run and funded by the US government on Ukrainian soil. 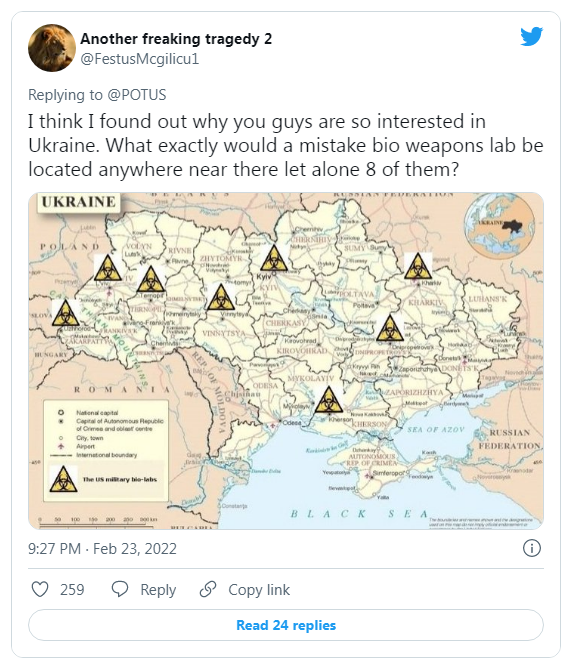 As per the details made available by the US government, the US Department of Defense’s Biological Threat Reduction Program has been working with partner countries to “to counter the threat of outbreaks (deliberate, accidental, or natural) of the world’s most dangerous infectious diseases.” 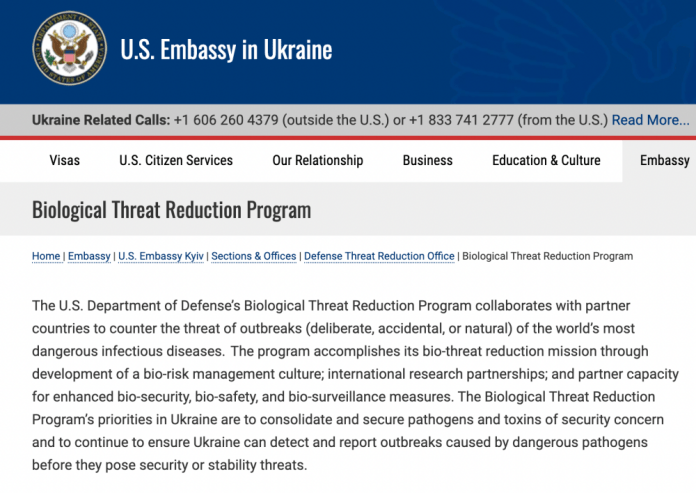 In Ukraine, the program’s aim is to consolidate and secure pathogens and toxins of security concerns and provide support to the nation in detecting and reporting outbreaks caused by dangerous pathogens before they “pose any stability or security risks.”

In 2019, BTRP established two laboratories for the Consumer Protection Service of Ukraine with Biosafety Level 2 in Kyiv and Odesa. Both regions are under Russia’s attack. The US not only provides support for laboratory establishment but has also been funding research projects in Ukraine where the Ukrainian and American scientists work together.

Russia has accused the US of developing bio-weapons at its borders, at Ukraine and Georgia

On several occasions, Russia has accused the US and Ukraine of developing bio-weapons close to its borders. In 2021, while talking about the inability of the World Health Organisation to establish the origin of the Covid-19 virus, Russian Security Council Secretary Nikolai Patrushev told Kommersant reporter that Russia believed the US was developing bio-weapons near its borders. 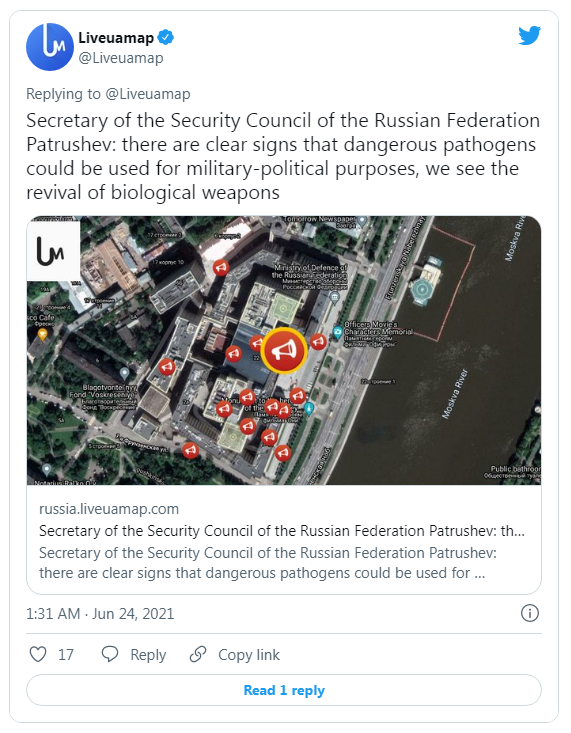 He said, “you pay attention to the fact that in the world, more and more new biological laboratories under the control of the United States are growing by leaps and bounds. Moreover, by a strange coincidence – mainly at the Russian and Chinese borders.” He added that the US claims they work with local scientists to develop ways to fight dangerous pathogens but what happens inside those walls was unknown.

He added, “We are told that peaceful sanitation stations operate near our borders, but for some reason, they are more reminiscent of Fort Detrick in Maryland, where Americans have been working in the field of military biology for decades. By the way, we should pay attention to the fact that outbreaks of diseases that are not typical for these regions are recorded in the surrounding areas.”

When asked if he meant Americans were developing biological weapons at those Biolabs, he said, “We have good reason to believe that this is the case.” He further said, “Not a day goes by at the headquarters of the Organization for the Prohibition of Chemical Weapons (OPCW) in The Hague that the Americans and their allies do not come forward with another chapter of the anti-Russian chemical dossier.”

Speaking about the allegations against Russia over the development of chemical weapons, he said there were no evidence and only conjectures. The Russian government has made similar allegations multiple times.

Russia had alleged that US is running bioweapons lab in Georgia

It has been now been established by now that scientists from the USA, with NIH funding, had been running gain of function research into a number of SARS-like viruses in the Wuhan laboratory in China, which is widely believed to be the origin of Covid-19 infection. In September 2021, it was revealed in a book that the US had funded research on deadly viruses in Wuhan under the supervision of Anthony Fauci.

US scientist Peter Daszak, who had received an NIH grant, through his organisation EcoHealth Alliance had been engaged in ‘gain of function’ research for years in the Wuhan Institute of Virology in China. Daszak has himself admitted on numerous occasions that they are running breakthrough research into coronaviruses.

Earlier this year, an investigation by Project Veritas had revealed that coronavirus research deemed ‘too dangerous’ by DARPA, was approved by Anthony Fauci’s NIAID and was conducted by Daszak’s EcoHealth Alliance at Wuhan.

On 24 February, after weeks of speculations, Russia finally invaded Ukraine, triggering a massive outrage all over the world. It is notable here that NATO, USA and Russia have been at loggerheads for years over NATO’s alleged plans to expand eastward, threatening Russia’s security. As Russian troops gathered on Ukraine’s borders over the last few weeks, NATO and USA have dropped billions of dollars worth of weapons in Ukraine, proclaiming support for Ukraine’s sovereignty.

Addressing the people, Putin had announced that it is launching a military operation directed towards the ‘demilitarization’ and ‘denazification’ of Ukraine. The alleged biological weapons program is one of the many concerns Russia had raised regarding Ukraine.

NATO countries including the USA have promised to impose severe sanctions on Russia as a retaliatory measure against the invasion.

This is why we have Markethive. Entrepreneurialism requires a free market, liberty, freedom, free speach, right to bear arms, free religion, freedom of movement, etc.